Home News US Election: ‘I Will Be President For All Americans’, Says Biden On... 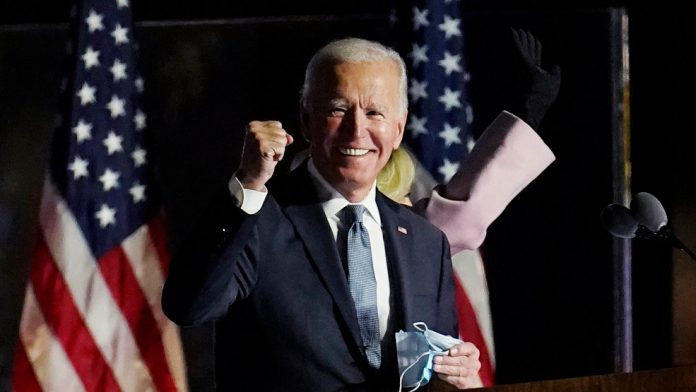 The President-Elect of the United States, Joe Biden, has made his first public remarks after emerging as the winner of the presidential election.

In a tweet on his official twitter page, he thanked  Americans for voting him as their next president.

Biden, who was the presidential candidate of the Democratic Party described his victory as an honour.

He promised to be president of all Americans.

Biden, however, noted that the work ahead would be hard.

According to Biden: “America, I’m honored that you have chosen me to lead our great country.

“The work ahead of us will be hard, but I promise you this: I will be a President for all Americans — whether you voted for me or not.

“I will keep the faith that you have placed in me.”

Biden, who is the candidate of the Democrat, had defeated the outgoing President, Donald Trump after polling the highest number of votes.