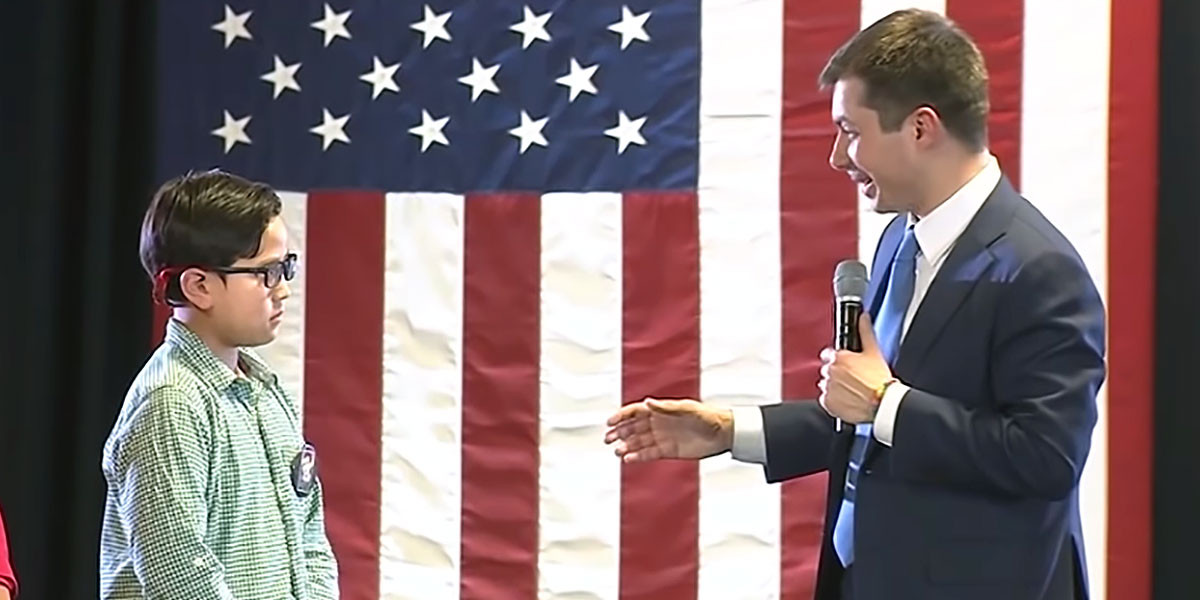 US Presidential candidate Pete Buttigieg, during a rally on Sunday brought up a 9-year-old boy who wanted to tell the whole world he was ‘gay’ but didn’t know how to go about it.

Buttigieg, who is married to a man, will be the first gay president if ever elected in November’s US Presidential election and regularly goes with his husband- Chasten Buttigieg, who he married in 2018, to campaign rallies and events.

On Sunday during a rally in Colorado, Buttigieg was having a question and answer session where people write down their questions on a piece of paper and he answers them.

A 9 year old boy wrote ‘He wanted to tell the world he was gay but didn’t know how to go about it’, to which Buttigieg smiled after reading and then invited him on stage..

Watch what Buttigieg told the young boy below.

El-Rufai: How Old Politicians Can Be Chased Out