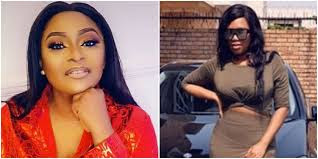 Me I hate lies, it’s very obvious who started the fight!

So Ubi Franklin’s 4th babymama,  Sandra Iheuwa who is into different businesses and yo doing very well has been called out by former actress, Victoria Inyama.

Sandra had taken to her IG to advise single moms like herself to not just be slaying on the platform so people can see they are ;;doing well”, but instead GET TO WORK,

She even encouraged them saying, there;s no joy in slaying with just $500 in their bank accounts.

Victoria took it as a point of duty to tag Sandra and then shamed her for being a babymama and even went as far as saying Ubi Franklin never had the intention of marrying her and then asked her to choose her category of babymama well.

Sandra thought she is mentally on stable and so quickly asked about her mental health. Opor oo,… ahm ahn… nawa o! 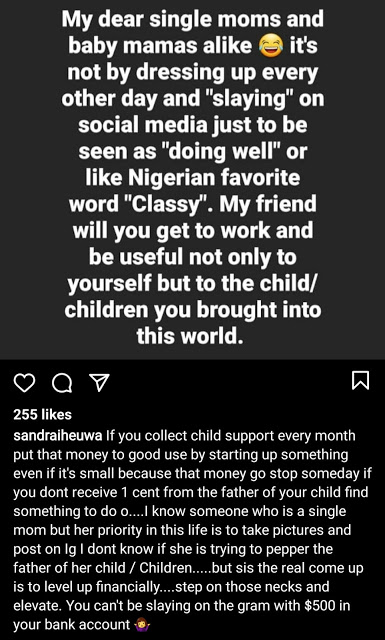 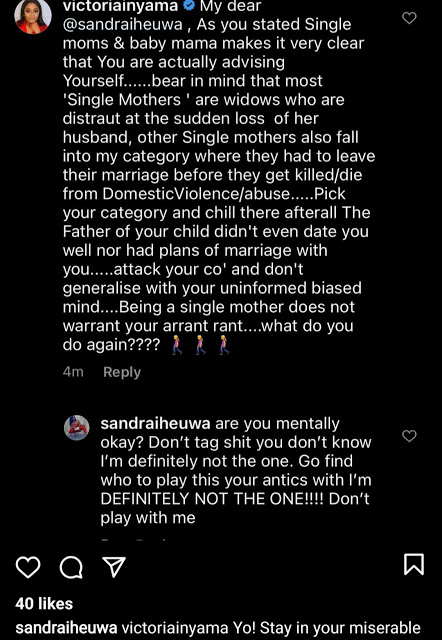 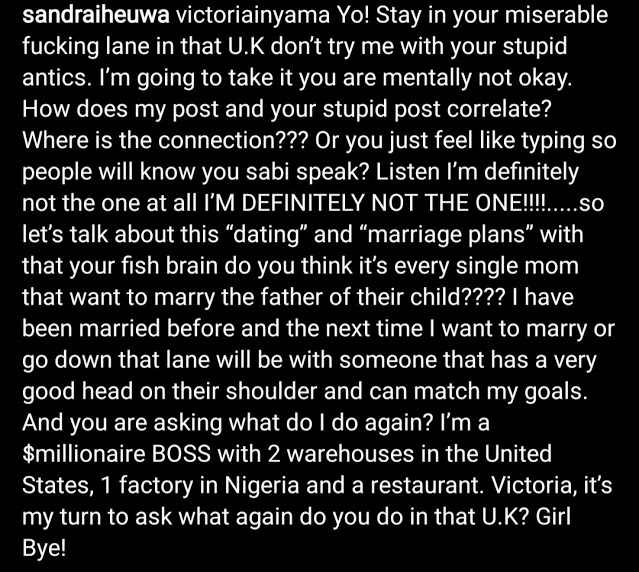