Home Business and Brands What Facebook Cryptocurrency Means To The World? 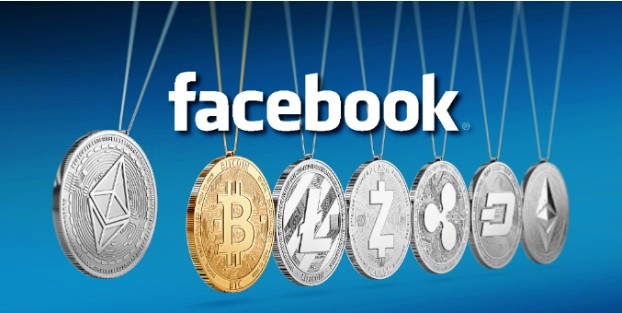 In 2019, Facebook announced that they are planning to launch their own cryptocurrency named “Libra” – where Facebook users will be able to transfer or receive funds anonymously. Moreover, users will be able to access their assets to pay for groceries, etc but the idea was not received well by people due to several reasons.

In a world full of famous crypto currencies like Bitcoin, Libra had to face a lot of challenges. Not only it has to compete with other high valued currencies, but also prove itself better than them.

Keep reading to find out why Libra couldn’t make a cut in the crypto world.

Many critics pointed out that Facebook will probably monitor the transactions to post more accurate ads on their platform. Facebook’s CEO has monopolized the social media industry. All leading applications such as WhatsApp, Instagram, and Facebook are already under his authority. Hence, he wants to take his share from the cryptocurrency hype too.

Considering Facebook has millions of users already, the implementation of such a venture would be enormous, banking millions of dollars from the users. The privacy scandals of Facebook such as Trump’s Election Campaign were also dug out from their graves as a concern that how can such an organization be trusted with monetary funding that may get regulated around the globe.

Considering all the criticism, Facebook then decided to incorporate the existing cryptocurrencies like Bitcoin and Ethereum while adding their currency – Libra as a token.

Facebook then put the launch on hold because of the backlash and political pressure. The regulators raised their concerns that more corporations can come up with their form of digital currency in the future. But who will monitor the funds and regulatory procedures? Terrorist organizations or money launderers can exploit the currency as anyone can access such platforms without background checks.

The trimmed-down version of the Facebook cryptocurrency will launch this year (2021) – Libra has been renamed as Diem. The US dollar will back the current venture, and it will be available to a limited number of people.

Moreover, Facebook has stated that Libra will charge no fee for the transactions, and the funds will be kept private. Facebook will not monitor the activities for ad placements. The political leaders are still skeptical about the launch of a currency that social media giants will regulate. Facebook is still waiting for approval from the Swiss Financial Market Supervisory Authority.

The Government’s stringent policies and concerns did not allow Facebook to launch its currency. The project can be labeled as a sunken ship – it will only cast as a performative act after approval. Moreover, the announcement from PayPal to introduce cryptocurrencies as a form of payment can be deemed the last nail in this dream project’s coffin.

People will prefer a tried and tested model like PayPal or an oil profit trading platform rather than a social media platform accused of data infringement in the past.

However, numerous possibilities can play out in the foreseeable future if the Facebook cryptocurrency launches. For example, digital currencies will be more accessible to people as Facebook is widely used by people of all ages. Moreover, if the e-commerce platforms join hands with the venture, the customer base can be enormous.

The plan of Libra as Facebook’s cryptocurrency was not received well by people because of the security concerns. The project was set out to be the next big thing. Still, the implementation was not susceptible as it came under severe backlash.

The project will launch as a trimmed-down version or rather a gimmick – the monetary world will not get affected by the launch. Had it been launched in its original form – numerous possibilities could have played out, such as a boom in e-commerce and widespread use of decentralized currency.

Nigerian Medical Doctor And Only Son, Dies In Accident Two Months To His Wedding