Home Opinion What Senator Adeola Said About Embracing Self-Defence As Nigeria Teeters On The... 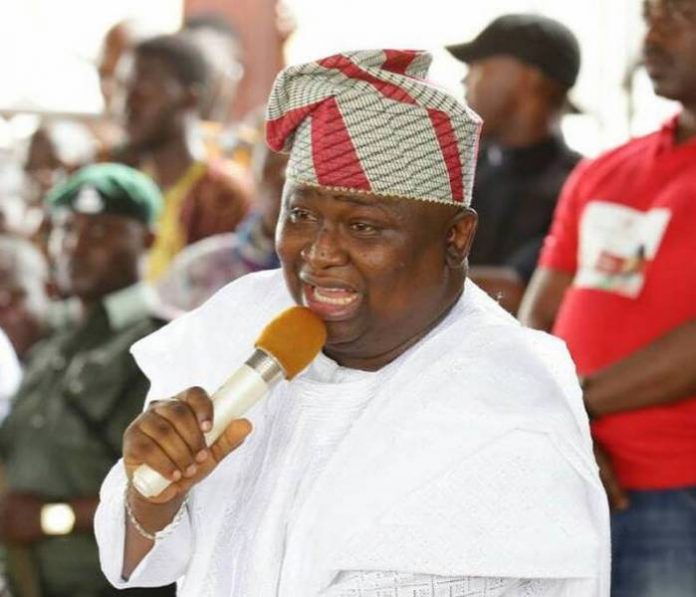 There is palpable fear that the crisis between Fulani herders and communities in the South-West part of the country may deteriorate, following threats by Senator Solomon Adeola (APC, Lagos West), to join his Yewa kinsmen in Ogun State for self defence.

This was as the senator representing Cross River South in the Senate on the platform of the Peoples Democratic Party (PDP), Gershom Bassey, said technology was the best answer to the worrisome state of security in the country.

Adeola, who made the threat in a statement issued in Abuja yesterday, by his Special Adviser on Media, Kayode Odunaro, said his decision was provoked by the failure of security agencies to stem the tide of incessant attacks of communities in Yewaland by Fulani herdsmen.

According to him, the federal and Ogun State governments had failed to stop the incessant attacks on communities in his country home. He said the latest of such attacks were the ones brazenly carried out in Yewa North, Imeko, Afon, Ipokia and Yewa South Local Government Council two weeks ago.

The politician lamented that the said attacks resulted in manydeathsanddestruction of property withouttheauthorities taking prompt action to forestall further occurrence. “Let it be stated that as a representative of the people sworn to uphold the constitution and the laws of the land, including the right to self defence,

I will not hesitate to join my people in the defense of their rights to life, property and peaceful coexistence with others at the back of seeming failure of duly constituted authorities to defend such fundamental rights against anyone or forces,” he said.

He said that having waited in vain for over two weeks for government to take action against the acts of arson and murder, he was calling on the Federal Government and the Ogun State Government to rise up to its constitutional obligations of protecting the lives and property of all Nigerians, particularly the people of Yewaland.

He warned that such attacks leading to many deaths and destruction of property of law abiding Nigerians should not be glossed over, saying that failure to address the matter might compel people in the affected communities to resort to self help.

“I recalled that at various occasions on the floor of the Senate, I contributed to debates on the deteriorating security situation in different parts of the country and was always agitating for restructuring of the security architecture of the country “I made a similar contribution to a Senate wide motion on general security only last week.

Now, something specific must be done urgently to stop the arson and killings in Yewaland by the relevant authorities and security agencies,” he stressed.

He, however, noted that he was aware that the state government had set up a special committee on the ugly situation in Yewaland and elsewhere in the state, but stressed that the body should urgently turn in a workable report/solution to the government to stem the spate of arson and killing against people in Yewaland.

FG Yet To React As ‘US Places Buhari Minister, Isa Pantami On Watch List Over...