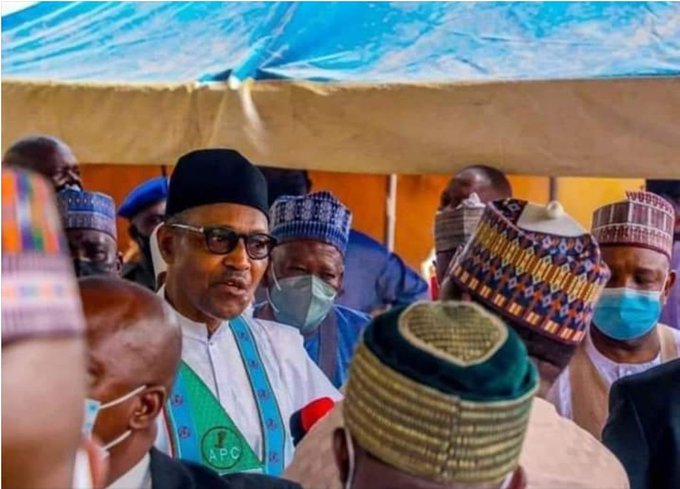 Lauretta Onochie social media aide of President Muhammadu Buhari has said that the president took off his face mask in his hometown Daura in Katsina State on Saturday, January 30 because he was addressing party faithful.

Buhari was criticised for removing his mask in public, days after signing an executive order which mandates the use of face mask in public places.

She also queried a reporter who reportedly placed a microphone on the president’s chest in Daura.

“Mr. President in Daura. He wore a mask in Daura, except when he addressed Party faithful. Afterwards, he put it back on,” she said.

“Just wondering how a reporter placed his mic on the chest of Mr. President. Someone tell me. I too, need to know,” she said.

“Or is it a photoshop gone wrong? Just asking.” 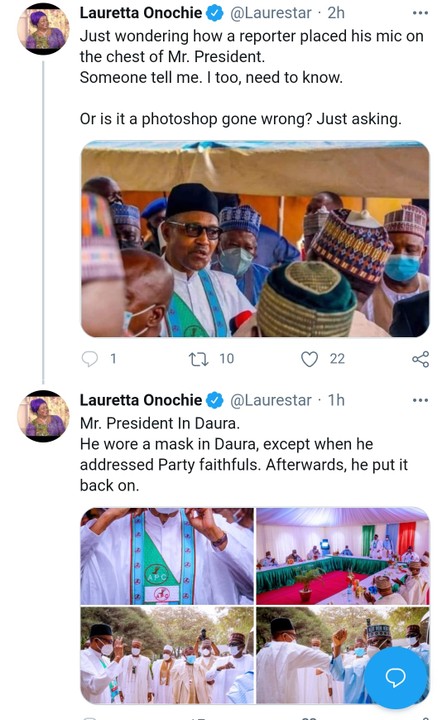 Buhari began his four-day visit to Daura last Friday to participate in the revalidation of membership of the All Progressives Congress. He is expected back at Aso Villa on Tuesday.

BREAKING: Governor Ortom Reveals Identity Of Gunmen That Attacked Him

CAMA: Nobody can forcefully take over my sweat – Primate Ayodele spits fire

Revealed: How I Got Inspiration For ‘Wondaland’ – Teni