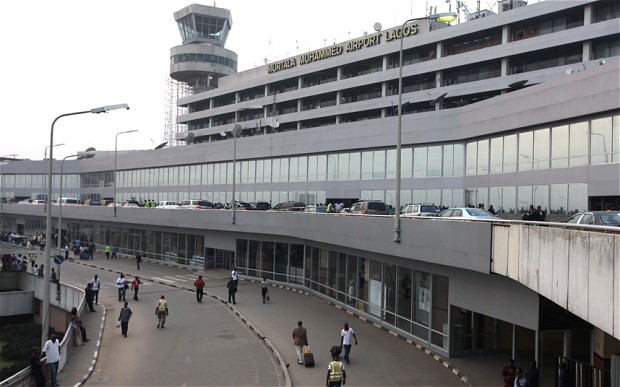 Abdullahi Usman, the Comptroller of Nigeria Immigration service at Murtala Muhammed International Airport Command, says the dream of many citizens to leave the country has been shattered by the service.

Their plan to travel overseas didn’t materialise because they did not have valid and required documents needed to substantiate their reasons for wanting to leave the country, hence the immigration decision to stop their sojourn to foreign land, Usman told ThisDay.

Since September, many wanting to leave Nigeria illegally, largely women, were stopped. Some claimed to have secured jobs overseas; others, that they were going to meet with their husbands, or that they were invited by their siblings without any documents to corroborate their reasons, the immigration boss said.

He said the Command was working with the National Agency for the Prohibition of Trafficking in Persons (NAPTIP) to ensure that those suspected to be victims of human trafficking are rehabilitated, while those behind the illicit movements are arrested and taken to court.

“The Nigerians who were stopped from leaving the country since international flight operations started on September 5, 2020 gave unconvincing reasons why they wanted to leave, reasons not backed by proper documentation.

“Some women said they were visiting their husbands. Where are the details of the husbands? They won’t give reasonable answers. Where is the marriage certificate? It takes her time to respond. Do we allow those kinds of people to go? No. This one now said he is going to meet the brother, we said fine, let’s have the details of the brother, whether he is resident there or not. He can’t produce it.”

READ ALSO:   Lekki Shootings: We Were With Live Bullets – Army

He added: “Someone will come with visa officers, on profiling she will tell us that she is going for employment. She is going to Dubai for her ticket but when we are profiling her, she said is going to Egypt because she is following Egypt Air.

“So all these are issues. One managed to say he has an invite. We have seen the residency permit of the invitee. We now ask, how much do you have to go with? He said N20,000. You are going to Dubai with N20,000. Is it good to allow that person to go? No. So we now give them travel advisory. If you want to go for employment, make sure you have contract agreement letter. But we have gotten a formal way of processing this kind of issues.”

Usman said there is now an Association of Recruiters in Nigeria to be licensed by the Ministry of Labour to sort through such problems.

“When they are licensed by the Ministry, their passengers that want to go will be screened by NAPTIP. After screening, they come to immigration control post, where we will now look at whether they have the requirement to travel or not.”

The Comptroller also confirmed that the number of Nigerians that want to leave the country, especially to the Middle East and other parts of Asia, continues to increase daily.