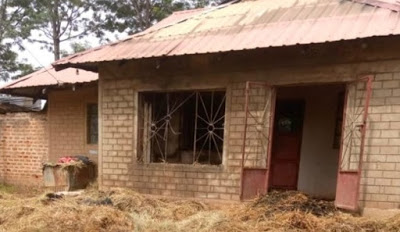 A middle-aged woman from Baraton Location in Kiminini, Trans Nzoia County, Kenya has set her matrimonial house on fire after her husband allegedly married a second wife.

Edina Ng’eno set the house alight at 9:30am when her husband, Elijah Nandwa Lomeni, was at work and their children at school.

K24 Digital understands Edina had been putting up at a friend’s place after falling out with her spouse over his interest in marrying a second wife.

On Wednesday night, Edina spent the night at the pal’s house.

“She returned home early Thursday, when her children were at school and husband at work, and torched the house. However, neighbours and fire fighters from Trans Nzoia County managed to put out the inferno before it could consume the entire property,” said a source, who requested to speak in confidence.

The whereabouts of the spurned wife remains unclear, police say.

Why Primero Sacked 300 BRT Drivers In A Year

MUST READ! See why Ghanaian actress, Akupem Poloo goes naked in front of her son...