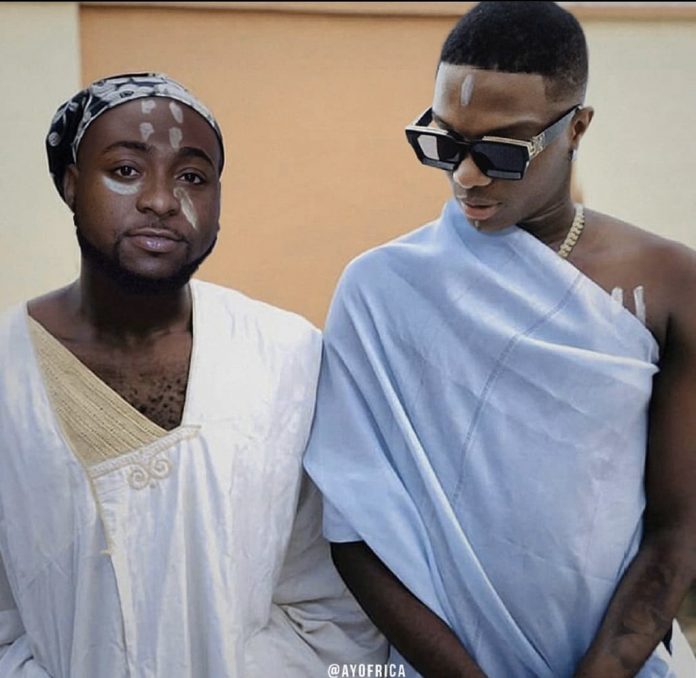 Davido has given N1m to the young artist who edited the controversial photo of the singer and his counterpart, Wizkid.

Odukoya Wasiu Abiodun was the one who edited the photos of the Blow My Mind singer and his colleague Wizkid in the viral post that seemed to have started a fresh controversy.

Davido had captioned the photo; “The 2 greatest of all time ! No 🧢”.

Appreciating his good work, the singer wired him the sum of N1m. So excited was his family that his mother got involved and thanked Davido in a recorded video.