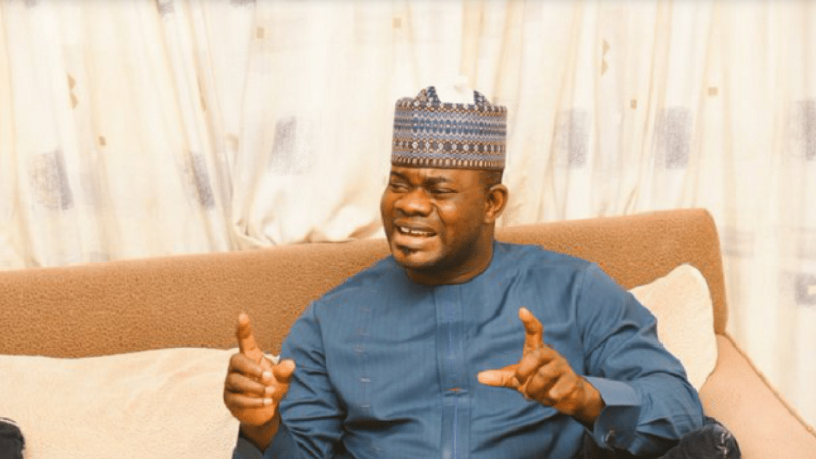 Yahaya Bello has revealed those making Nigeria ungovernable for Buhari.

Governor Yahaya Bello of Kogi State has accused some ‘selfish’ politicians of frustrating President Muhammadu Buhari’s fight against insecurity in the country.

CityNews Nigeria reports that the Kogi governor stated this while speaking at an event on Friday.

According to the governor’s chief press secretary, Mohammed Onogwu, Yahaya Bello commended Buhari for the quick release of the over 300 Kankara schoolboys.

He charged Nigeria’s security agencies to expose and bring to justice those sabotaging the efforts to make the country safe for all.

The Kogi governor stated that the actions of these politicians are pitching Nigerians against the president and the All Progressives Congress (APC) and portraying them as bad entities.

According to Yahaya Bello, governors, irrespective of party affiliation, should ensure that their states are safe because that would mean the country at large is safe.

“Anyone belonging to any political party, causing mayhem must be exposed and dealt with divisively,” he said.

The governor also said some people were using the COVID-19 pandemic to play with the lives of Nigerians.

He warned that another lockdown will cripple the country’s economy and impact negatively on the poor.

Recall that over 300 students of the Government Science Secondary School, Kankara, Katsina State were abducted by bandits.

READ ALSO:   VIDEO: "You Want To Fight With Me? Go And Ask Yar'Adua And Jonathan" - El-Rufai

But the schools boys were on Thursday released after the intervention of Miyetti Allah and repentant bandits.

60-YO gran who moved her 21-year old toyboy in with her boasts about the great...