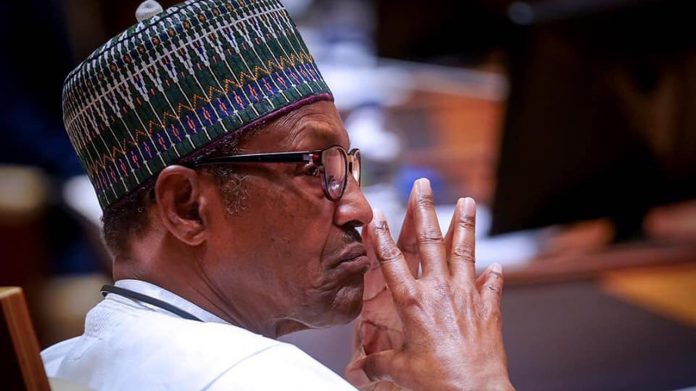 ‘You can’t lift anyone out of poverty’ –  Bamgbose bombs Buhari.

CityNews Nigeria reports that Olusegun Bamgbose has told Buhari that he can’t lift Nigerians out of poverty.

A Chieftain of the New Nigerian Peoples Party, NNPP, Olusegun Bamgbose, has described President Muhammadu Buhari’s declaration of lifting 100 million Nigerians out of poverty as pure fallacy, unrealistic and tantamount to giving false hope to the people.

Bamgbose,according to Daily Post told Buhari that his administration is helpless and same cannot rescue Nigerians from the abyss of poverty.

Recall that Buhari, in his recent address, at the retreat for Ministers, Permanent Secretaries and other top government officials, informed Nigerians of his administration’s readiness to lift 100 million citizens out of poverty in the next 10 years.

“How did he get the additional 10 million Nigerians?” He wondered.

Bamgbose said that this was an indication that the statement lacked merit but was just politically motivated to deceive innocent Nigerians and give them false hope of a better future, when there is absolutely no concrete plan to achieve it.

He wondered how many Nigerians the administration can boast of lifting out of poverty in the last five years, while cautioning the President to desist from giving Nigerians false hope.

“Nigerians can’t be fooled any longer. In the same retreat, the President urged his Ministers to blow their trumpets, that they have achieved much,” he added.

“This is laughable, because there is no trumpet to blow, except that of hardship, poverty and sufferings. Poor masses are in pains as a result of the hike in electricity tariffs and fuel pump price.

“Poverty is on the increase. Unemployment is yet to be decisively tackled, insecurity everywhere. Which trumpet will the Ministers blow?