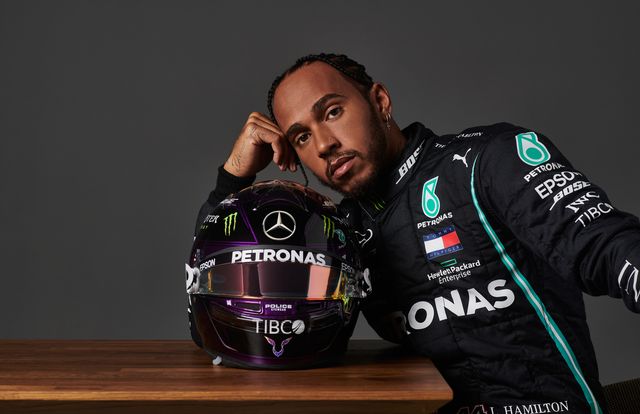 Lewis Hamilton has called for Formula 1 to ensure race officials were “non-biased” as pre-season testing began on Wednesday.

The Mercedes driver, who set the fifth fastest time on day one in Barcelona,

said it was “super-essential” for stewards to “have no bias”.

He was speaking as he returned to the track just over two months after losing the title in contentious circumstances.

Hamilton also called for there to be “more women in the stewards’ room”.

F1’s governing body, the FIA, has set up a new race-management structure after race director Michael Masi failed to apply the rules correctly in the title-deciding final race.

Masi’s actions were central in the sequence of events that led to Hamilton, who had dominated the race before a late safety-car period, losing the lead and the title to Red Bull’s Max Verstappen on the final racing lap after a restart in Abu Dhabi.

Masi has been removed as race director and replaced by two people who will rotate through the role – Eduardo Freitas and Niels Wittich. A beefed-up support structure has also been introduced, including an F1 version of football’s VAR.

At each race, the F1 stewards’ panel features a former driver, to assist the three other stewards.

READ ALSO:   Breaking: No Taking A Knee,Raising A Fist At Tokyo Games-IOC

“So just people who have no bias is super-essential when it comes to making decisions.”

Hamilton also said he wanted to see “more women in the stewards’ room”.

“Last year there were maybe one or two. It would be awesome to have a male and female as the two race directors. That’s a great way of promoting diversity.”

An FIA spokesperson said: “The FIA is proud of its global stewarding pathway that connects and develops the most talented stewards from across motor sport.

“This has resulted in a strong, independent and experienced group of officials who carry out their work with impartiality and the utmost professionalism.”

Red Bull team principal Christian Horner said he “wasn’t aware” of any stewards travelling to races, adding: “I don’t think there was any bias from stewards during the last seasons.” 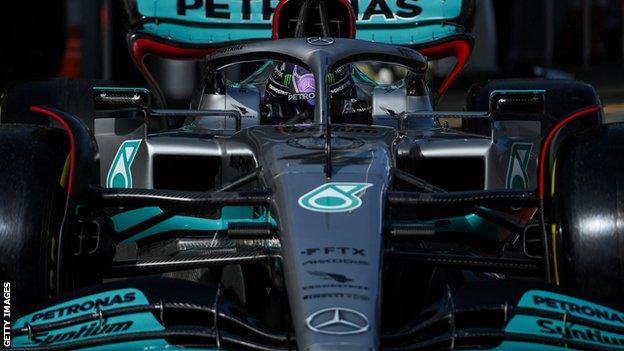 What happened in testing?

The fastest time on the first day of testing – with cars designed to regulations that amount to the biggest change in F1 for 40 years – was set by McLaren’s Lando Norris.

The Briton was just under 0.6 seconds quicker than Ferrari’s Charles Leclerc, although the McLaren was on a faster, softer tyre than the Ferrari when it set its fastest time.

Leclerc was just under 0.3 seconds quicker than team-mate Carlos Sainz, ahead of the Mercedes pair of George Russell and Hamilton next up, all on the same compound of tyre.

World champion Verstappen was ninth fastest, nearly two seconds off the pace but on a harder tyre than the drivers ahead of him.

Headline lap times in testing are notoriously inaccurate in predicting form as there are so many factors able to disguise true pace – including fuel levels, engine modes, tyre choice and car set-up.

Before driving the Mercedes, Hamilton said he was confident his team would have found a good solution to the new rules.

Asked if he was concerned they may have not interpreted them as well as some other teams, Hamilton said: “Why would I ever think that? We’ve won eight [constructors’ titles] in a row.

“Of course there is always a risk but we don’t make mistakes. We have very intelligent people in our factory. I trust in them 100%, and whatever we start with today, we will work through it.”

The new Red Bull attracted much of the attention on the first day in Barcelona – its public debut after the team used a fake car at their official launch two weeks ago.

The new RB18 features aggressively undercut side-pods in the search for optimum airflow, as well as a switch to unconventional pull-rod front suspension.

This is where the suspension arm runs from the top of the wheel upright to the bottom of the chassis rather than the other way around.

The more favoured push-rod has advantages in terms of suspension operation but the pull-rod can have aerodynamic advantages. A pull-rod front was last used by Ferrari in 2014. McLaren have also adopted it this season.

What were the drivers’ fastest times?