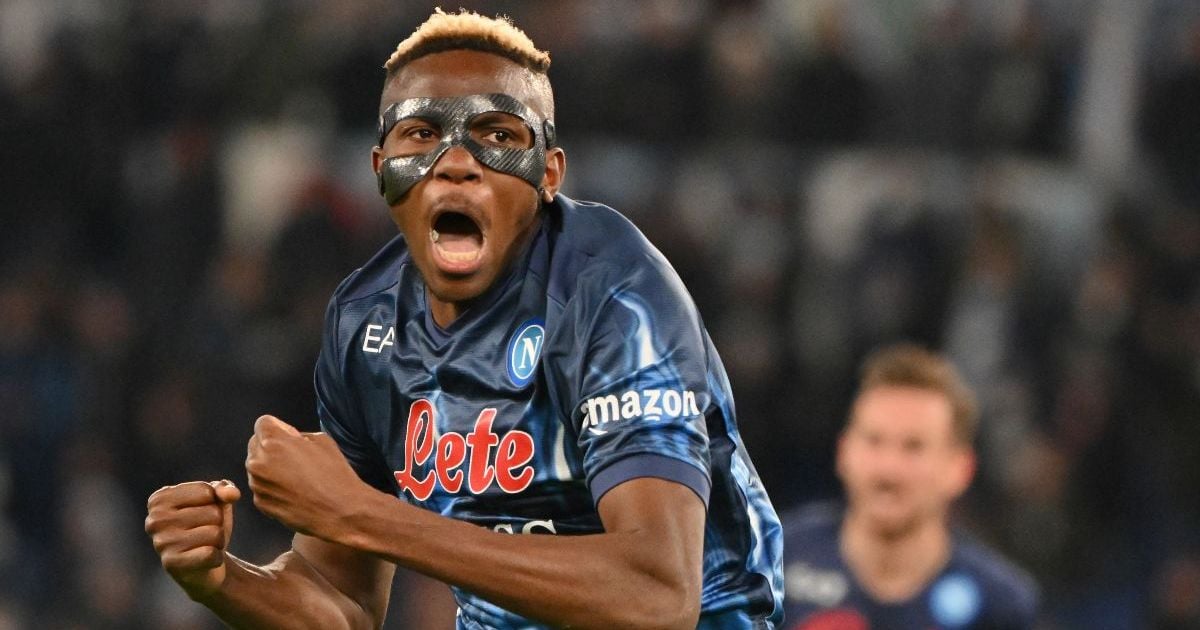 Manchester United is not willing to overpay for Napoli forward, Victor Osimhen.

The Red Devils are in the market for a new striker after terminating Cristiano Ronaldo’s contract last week.

Osimhen is reportedly the Premier League giants’ number-one choice for the position but Napoli’s €100m price tag has scared them away.

” As reported he‘s one of the top targets. But been told that #MUFC doesn’t want to pay a crazy price around €100m. Bosses say: He is ready for the Premier League! What they appreciate about him: Speed, and physicality. He’s a finisher! Thuram is not hot, “Sky Sports reporter, Florian Plettenberg tweeted.

The 23-year-old has also attracted the interest of Chelsea and Real Madrid.

The Nigerian international has scored 10 goals and recorded three assists in 14 appearances across all competitions for Napoli this season.

The striker linked up with the Partenopei from Ligue 1 club, Lille in 2020.

Osimhen’s contract will expire in 2025.