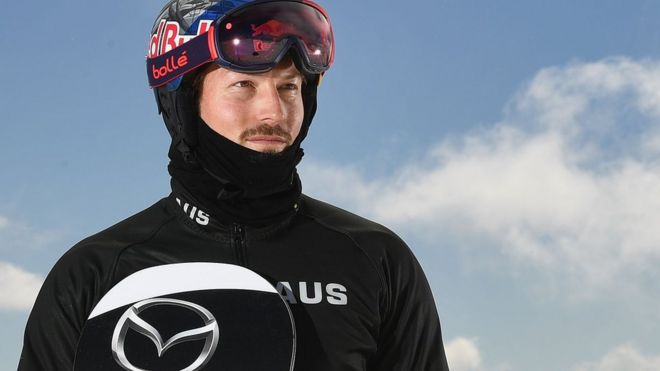 Pullin, 32, was found unresponsive off a beach on Queensland’s Gold Coast on Wednesday.

He was treated by paramedics at the scene but could not be revived, authorities said.

Nicknamed “Chumpy”, Pullin was Australia’s flagbearer at the 2014 Winter Olympics in Sochi.

A Queensland Ambulance spokesman said: “The man was spearfishing off Palm Beach. He was brought to shore by bystanders where he was treated by local lifesavers and paramedics.”

Lifeguards brought him to shore and called paramedics about 10:30 local time (00:30 GMT).

The athlete had previously shared pictures online of himself spearfishing, swimming and surfing.

The sport’s Australian top body, Snow Australia, said it was “shocked and saddened” by Pullin’s death.

“Alex was a beloved member of the Snow Australia community and he will be dearly missed,” it said in a statement.

“An incredible athlete, beloved teammate and role model, you will be sorely missed,” the Australian Olympic Team, which Pullin had been part of three times, said.

Other athletes and commentators have also paid tribute, with many describing him as a kind and generous person.

“The world will miss such a talented human and a double world champion without ego and without selfishness who is everyone’s best mate,” wrote former Australian speed skater Steven Bradbury.

See What Davido Did As Cubana Chief Priest Visits Him @ His Banana Island Mansion...