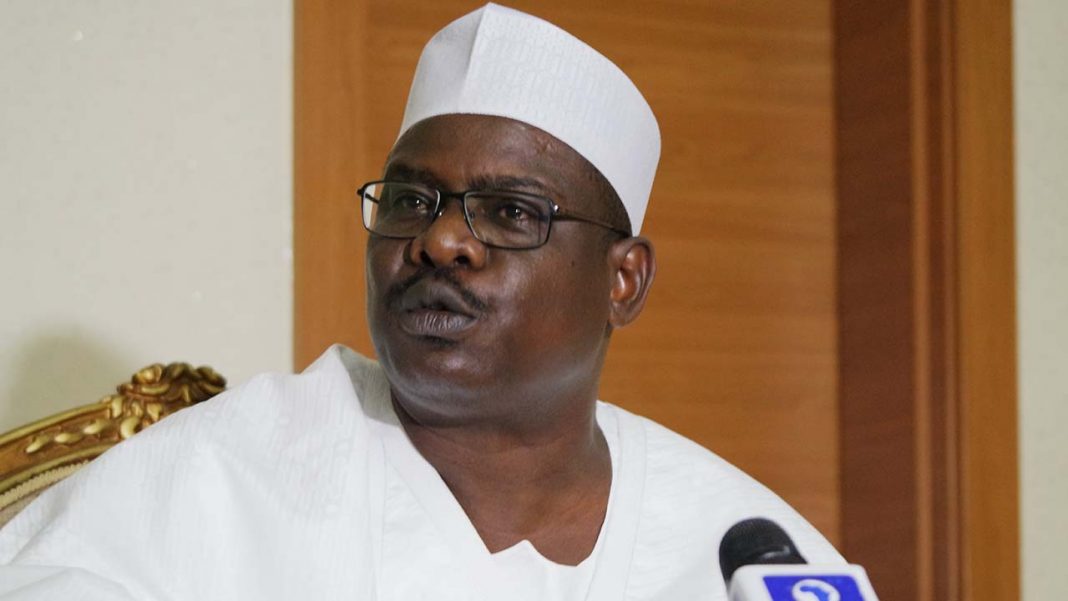 Maina is being arraigned before a federal high court in Abuja for alleged money laundering to the tune of N2 billion.

Ndume had been standing as surety for Maina prior to Friday court proceedings.

Maina, however, jumped bail, went into hiding in September and subsequently left the country.

Subsequently, the court remanded Ndume in prison when he could not provide Maina in court.

Maina was later arrested in Niger Republic and extradited to Nigeria.

On Friday, the court ordered that Maina be detained at Kuje correctional centre until the end of his trial.

Speaking with journalists in Abuja later in the day, Ndume hailed the police for apprehending Maina, saying the force has Profesional under the current inspection general of police.

He said he decided to rescind his suretyship to Maina because he (Maina) is a sneaky person.

“I commend the Nigeria Police Force for executing the bench warrant issued on Maina by the federal high court in Abuja,” Ndume said.

“This has shown that the NPF is not a write-off. They are professionals under the able leadership of the Inspector General of Police, Mohammed Adamu.

“With the successful arrest, extradition and subsequent remand of Maina at the Kuje Correctional Centre, I will proceed to direct my legal team to begin the process of withdrawing my suretyship for Maina with immediate effect because his action has shown that he is not trustworthy.”

Covid-19: NIPR Lagos Chapter lauds media for standing up to be counted in this trying...